A summer by the water is never complete without a little bit of fishing. In Jacksonville, there’s a lot of summer fishing, especially at the annual kingfish tournament. In its 32nd year, the Greater Jacksonville Kingfish Tournament is nothing less than a splashing good time. The largest kingfish tournament in the country, it draws contestants and spectators from all over the Southeast. The tournament includes more than just fishing. Live entertainment, food, and exhibitors make the tournament even more fun for all involved.

Exhibitors come together to present information and provide products or services. Some exhibitors include Task Force to Keep The Ferry, at Sandollar Restaurant & Marina, Beach Rats and EmbroiderMe.

Keep The Ferry is a movement to keep the St. John’s River Ferry Service up and running. On September 30th, the Jacksonville Port Authority will no longer fund and operate the ferry service. The ferry service acts as a link between North and South State Road A1A. Elaine Brown, a member of the Task Force to Keep The Ferry, makes excellent points as to why the ferry service should remain. “The St. John’s River Ferry Service keeps the First Coast busy with tourists, businesses and brings money to North Florida,” stated Brown.

Sibrina Peck, restaurant manager at Sandollar Restaurant & Marina, shares the sentiment of keeping the ferry. “The ferry means everything. It brings in tourists, moves people around and provides a nicer ride down A1A,” said Peck.

Beach Rats, a company based out of Atlantic Beach, was there to show of their designs. Started in September of 2011, Beach Rats is the idea of Erin Rodriguez, who represents beach culture. Beach Rats came from her love of the beach and desire to own a business. “Beach Rats is for everyone,” Rodriquez expressed. “It’s about loving the beach, its culture and its community.”

EmbroiderMe, run by Krissi Dane, was there to embroider everything from shirts to drawstring totes. The tournament is her biggest show of the year, as most of her clientele are fishermen. Dane had her hands full this tournament, her 4th time attending the event. “Other than a few mishaps with the computer, rain and embroidery machine, we had great success at the tournament and made a few new friends along the way” said Dane.

The Greater Jacksonville Kingfish Tournament is not just for sport. It brings a community of people and businesses together. It helps drive movements and brings business to the First Coast. With some audio help from Sight & Sound Productions, exhibitors and tournament participants made memories to last a lifetime. 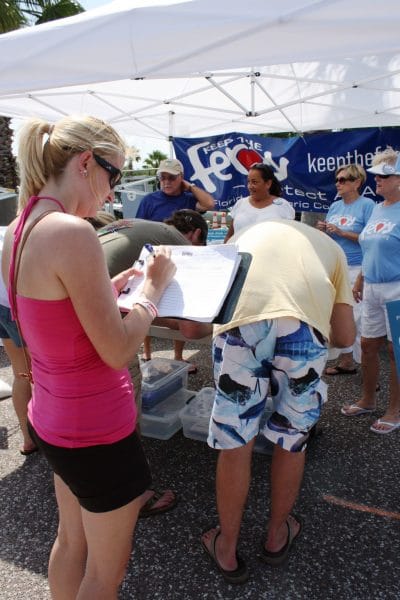 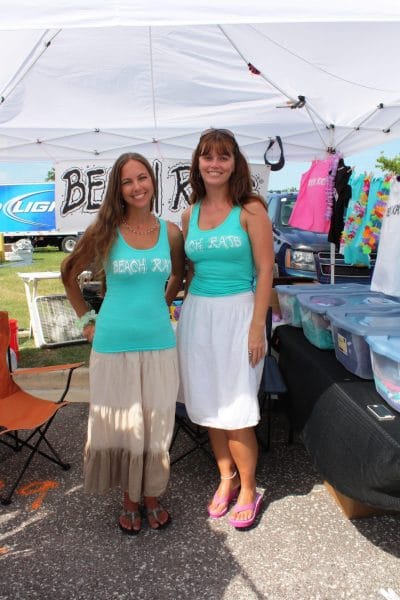 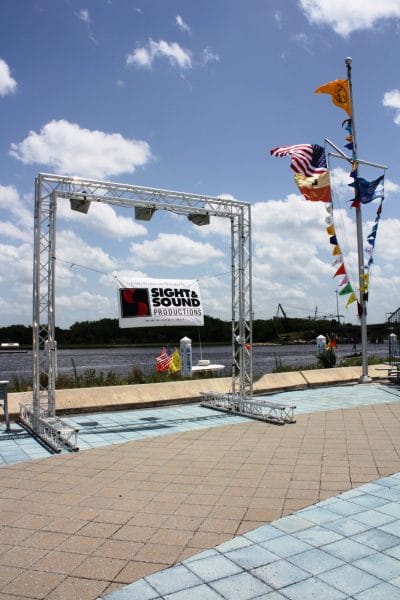 Ready to take your event to the next level?